Despite the rain, 10,000 people gathered at Mitchell Park for the Women’s March San Luis Obispo on Saturday, January 21 to show their support for women’s issues, healthcare and reproductive rights, and women of all backgrounds. A sister march to the Women’s March in Washington DC, following a positive, powerful and 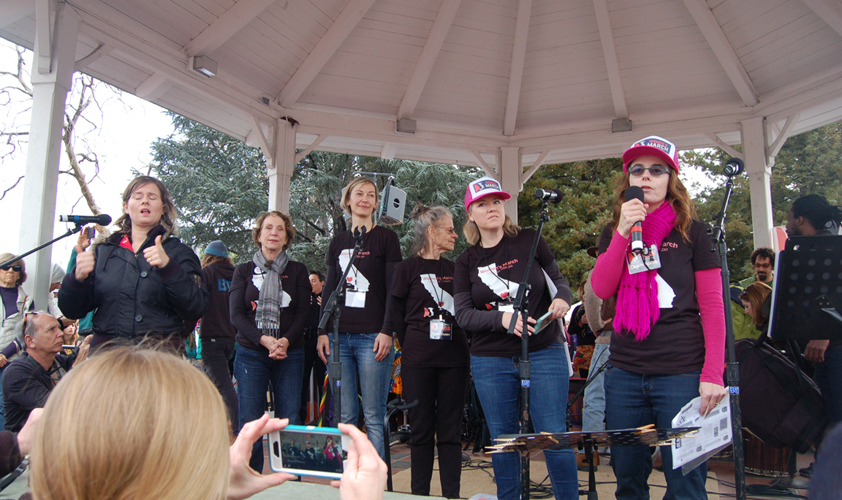 inspiring program featuring music and speakers the one-mile march from Mitchell Park through downtown San Luis Obispo and back to the park took to the streets. The San Luis Obispo Police Department, sheriff’s deputies, and other local police agencies participated as peace keepers and defenders of the peoples right to assemble.

Following the march musicians continued to perform in the gazebo and attendees filled Action Alley — a gathering area where marchers could learn about local action groups and get involved.

The Women’s March website reported that 673 marches took place around the world and 4,721,500 sister marchers registered. But women were not alone; men and children took to the streets to show their support.

TAURUS April 20- May 20 "I MAINTAIN" A fixed … END_OF_DOCUMENT_TOKEN_TO_BE_REPLACED

ARIES March 21-April 19 “I AM” A cardinal fire … END_OF_DOCUMENT_TOKEN_TO_BE_REPLACED

December 22 - January 20 “I ACCOMPLISH” A … END_OF_DOCUMENT_TOKEN_TO_BE_REPLACED