Those stacks of papers on the right with President Trump represent life-saving rules and safeguards. They look very different through the eyes of a parent of an asthmatic child, or a worker handling hazardous substances, than they do to a CEO concerned about quarterly profits.

The last 50 years are proof that a healthy environment and a healthy economy go hand-in-hand.

1960 America was a very different place.

Before the passage of the Clean Water Act in 1972, factories spewed pollution and freely dumped sewage into rivers. Those rivers sometimes caught on fire.

Smog was a defining feature of American cities’ skylines.

Gasoline was leaded. Smokestacks and tailpipes did not start curbing pollution until the 1970 Clean Air Act.Bald eagles, whales and thousands of other species were not protected from extinction before the Endangered Species Act became law in 1973.

I remember living in Buffalo, NY, where the waterfront was uninhabitable mainly because the water pollution from the steel mills made Lake Erie unsafe for any physical contact.

I remember the mayor and many, many others who worked in the city’s factories, who had missing fingers and limbs and suffered early deaths from the mills and cigarettes that doctors had endorsed on TV.

The government wasn’t required to tell people how federal decisions would affect their neighborhoods or the environment. The public didn’t have a chance to weigh in on these decisions until the National Environmental Policy Act became law in 1969.

Back then, you could still build neighborhoods near toxic waste dumps without homeowners knowing, as the families of Woburn, Massachusetts and Love Canal, New York tragically found out.

The Resource Conservation and Recovery Act of 1976 and the Superfund came too late to prevent illnesses and deaths of children in those communities, but those critical tools govern how companies dispose of toxic waste and cleanup Superfund sites today.

In 1972, the Federal Insecticide, Fungicide and Rodenticide Act brought regulation for pesticides. The Toxic Substance Control Act of 1976 regulated other chemicals—and that important law was just updated last year.

Exposure to harmful chemicals is still a threat to human health.

So how did all those pages and pages of regulations affect the U.S. economy?

According to the U.S. Department of Commerce’s Bureau of Economic Analysis, U.S. Gross Domestic Product in current dollars was $18.6 trillion at the end of 2016 compared to $543.3 billion in 1960. Our economy grew dramatically and our quality of life improved.

And all those regulations protect a lot more than the environment. Is the President going after seat belts that have saved hundreds of thousands of lives and debilitating injuries? Or content labels on food—or civil rights rules for housing designed to make sure you can live in any neighborhood you want regardless of your race. 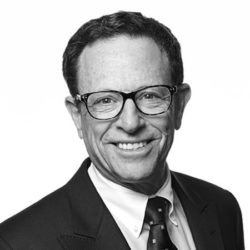 Scott Slesinger is NRDC’s Legislative Director. He works with NRDC staff to develop strategies for advancing environmental legislation and lobby Congress on behalf of the organization. Before joining NRDC, Scott was Vice-President of Government Affairs of the Environmental Technology Council representing companies that recycle, destroy, and dispose of regulated hazardous waste. Previously, he worked for the Senate Budget Committee on energy and environment issues and as the environmental aide to Senator Frank Lautenberg (D-NJ) when Lautenberg chaired the Subcommittee on Superfund and Hazardous Waste. Scott served as a counsel to the House Subcommittee on Water Resources and worked at the Environmental Protection Agency drafting some of the original regulations under the Clean Water Act. He has a B.A. in Political Science and a law degree from the State University at Buffalo.

TAURUS April 20- May 20 "I MAINTAIN" A fixed … END_OF_DOCUMENT_TOKEN_TO_BE_REPLACED

ARIES March 21-April 19 “I AM” A cardinal fire … END_OF_DOCUMENT_TOKEN_TO_BE_REPLACED

December 22 - January 20 “I ACCOMPLISH” A … END_OF_DOCUMENT_TOKEN_TO_BE_REPLACED