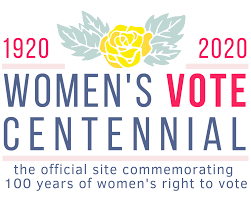 Celebrating the 100th anniversary of the 19th Amendment
August 18th marks the centennial of the 19th Amendment, which stated “the right of citizens of the United States to vote shall not be denied or abridged by the United States or by any state on account of sex.” Though it did not apply to all women, the ratification of the amendment was a turning point for women’s voting rights..

The rights of citizens to vote have been expanded by the 14th, 15th, 19th, 24th and 26th amendments to the U.S. Constitution. This week we celebrate the centennial of the ratification of the 19th Amendment — giving women the right to vote — on August 18, 1920. And we recognize August 26th — the day the Constitution was amended — as Women’s Equality Day.

Access to the most democratic of processes, voting, is something we value in the United States.  The gradual expansion of voting rights occurred too slowly, and we should never allow them to be suppressed.

Earth Day Network established its Vote Earth program to encourage voter education, registration and mobilization. We believe supporting leadership to protect the planet is a civic responsibility — just like voting.

Don’t let these values be displaced.  Make sure you are registered to vote, have a plan to vote, and Vote Earth.

TAURUS April 20- May 20 "I MAINTAIN" A fixed … END_OF_DOCUMENT_TOKEN_TO_BE_REPLACED

ARIES March 21-April 19 “I AM” A cardinal fire … END_OF_DOCUMENT_TOKEN_TO_BE_REPLACED

December 22 - January 20 “I ACCOMPLISH” A … END_OF_DOCUMENT_TOKEN_TO_BE_REPLACED