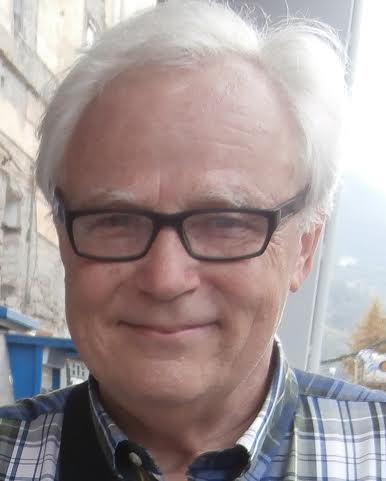 As I’m writing this, the San Luis Obispo City Council will be conducting a virtual community forum to help “shape cohesive priorities for San Luis Obispo’s future”. Though many of the permanent residents of SLO will participate in good faith, it is clear that our constituency has been marginalized and that our priorities may not even make it to the “top ten.”

Permit me to explain. I arrived in San Luis Obispo in 1974. Back then I had a moniker for SLO…I called it “tidy town.” I was obviously out of the loop both politically and culturally when the only recommendation I could come up with for this town was to comment on its remarkable cleanliness. But over the ensuing 10 years, and after I had served a couple of stints on the Architect Review Committee followed by a stint on the Planning Commission, I observed how beautifully the street trees were maturing and how historical properties in our downtown, both commercial and residential, were being sensitively, lovingly restored.

One of my East Coast friends used to remark that SLO was “like Disneyland, except that it was real!” I even started bragging to out of towners about the weather. I’d say it only rains at night and that our clouds were never menacing. They were there simply for “decorative effect.” Of course, this was long before I had ever heard the term “atmospheric river.”

Yes, back then, SLO clearly seemed like a “Middle Kingdom” as it neither belonged to Southern California or Northern California. It was a place unto itself. The Chamber of Commerce was not committed, as it is today, to unbridled economic growth. The City Council didn’t then engage in “gaslighting” its residents by telling them that every budget decision they oversaw would be predicated on the residents’ priorities. Because we now know their decisions are being predicated on the priorities of students, speculators and tourists.

We had advisory bodies that would actually deny projects if the designs were not consistent with our clearly articulated community values. Back then, advisory bodies took their roles more seriously.

And then there were the SOAR initiatives, i.e., Save Open Space and Agricultural Resources. Yes, SLO was committed to not only protecting and expanding our greenbelt but we were also committed to “slow growth” through the use of a growth cap (which we’re no longer enforcing).

We were for a time at the forefront of “sustainable” and “smart” growth. Many of us were refugees of urban megalopolises and saw “small town” living as a plus. In fact, we felt that it was a “privilege” to live here. We were not inclined, as we are today, to “give away the store” when any developer came “knocking on our door.” Why? Because maximizing profits – both for the city, the chamber and for the developer – was not the underlying motive behind everything we did.

Most of us took a cut in our salaries when we moved here and we had no intention of getting rich nor did we expect out-of-town developers to get obscenely rich either. Little did we anticipate that those who followed, particularly in City Hall, had very different values.

Over time, everything was being “monetized.” Our open space was no longer seen as a deterrent to over development and a refuge for wildlife. It’s now being promoted as a draw for out of town, outdoor recreationalists who might hopefully spend money during their brief visits to SLO.

Our stores were no longer providing our residents with the necessity goods and services we needed. Now our stores (and bars) are simply there to increase tourism.

Our new housing was no longer addressing the housing needs of those who already live or work here. Instead, our mostly unaffordable new housing provides second and third home opportunities for wealthy out of towners and speculators.

And as Cal Poly’s enrollments grew, our council was finding that their prospects for re-election depended more and more on satisfying the perceived needs of the transient populations who spend only a few years here while attending school. The permanent residents of San Luis Obispo were slowly being disenfranchised.

What is the solution? How can we begin to seek out our own identity and become a town that remains independent of our southern neighbors? Bear in mind, this desire to break away from Southern California once came to the point where palm trees were left off our street tree lists simply because palms convey a “southern California look!”

The only solution that I can see is for our elected officials to commit to limited growth, thereby increasing our resiliency to survive climate change. This can be done through lowering our carbon footprint. I mean that “blue sky aspirations” (for example, everyone should stop driving and opt instead to ride bikes) are backed up with down-to-earth implementation.

This would involve the following steps: 1) linking population growth to available, limited resources including clean air and potable water; 2) raising the bar on new development so that it doesn’t add to our carbon footprint but actually reduces it; 3) defying arbitrary state mandates on housing growth even if this means court challenges or suffering the loss of state funding; 4) preserving our open space by putting an end to all future annexations, and 5) reorienting the city’s priorities so that they better mesh with the limited growth values of our more permanent residents.

So during the Jan. 14, budget priority discussions, the council might begin to back off on focusing on pocket book issues. Better yet, the council may  also begin to back off on addressing crowd-pleasing, faddish issues…the kinds of issues that are here today and gone tomorrow. The council might choose instead to listen to the residents who have been here a while as they have clearly demonstrated over time that they have the community’s best interests at heart.

TAURUS April 20- May 20 "I MAINTAIN" A fixed … END_OF_DOCUMENT_TOKEN_TO_BE_REPLACED

ARIES March 21-April 19 “I AM” A cardinal fire … END_OF_DOCUMENT_TOKEN_TO_BE_REPLACED

December 22 - January 20 “I ACCOMPLISH” A … END_OF_DOCUMENT_TOKEN_TO_BE_REPLACED